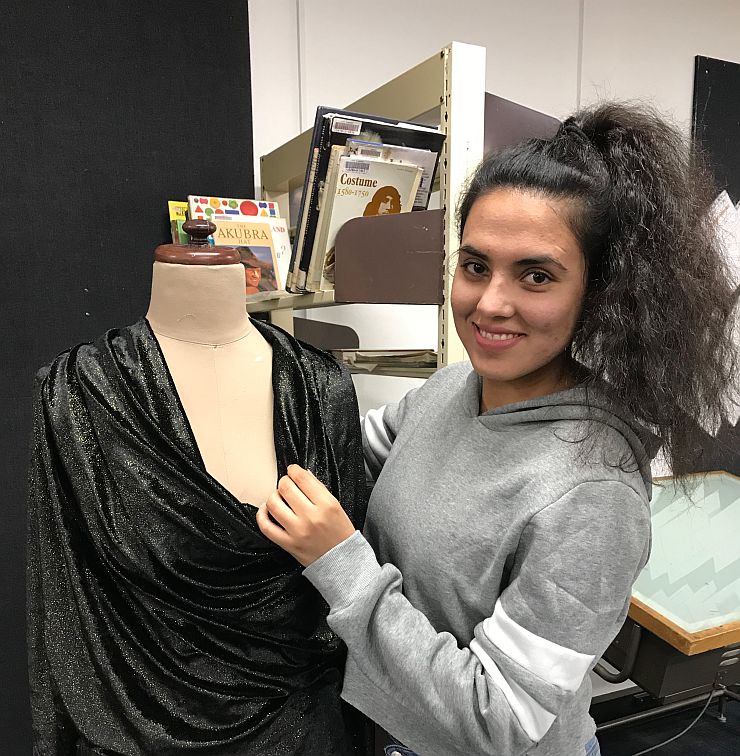 45 refugees and asylum-seekers now living in Canberra have been given an education head start thanks to the generosity of the local community.

The scholarships provide funding assistance for compulsory fees, computers, books, sporting equipment and the many other costs associated with their education.

One of the refugees who was awarded a scholarship is Farishta Arzoo. Farishta is an Afghani who was born in Pakistan. She came to Australia in 2015 with her mother and two younger siblings. Farishta completed the Certificate 4 in Spoken and Written English for Further Studies last year, and is now studying full time at the CIT in Reid for a Diploma in Fashion Design.

Farishta is also dealing with the demands of supporting her family in their settlement in Canberra. Her mother speaks very little English, so it has fallen to Farishta as the oldest daughter to take on the role of dealing with most of the management of the household.

Farishta wants to pursue a career in ‘red carpet’ fashion design and hopes to complement this with a degree in arts at university.

“Farishta says that the scholarship will help her with her fees, text books and other resources that she needs for her study. “This will really help me, I am very grateful for the opportunities that have been given to me. I will also use the scholarship to purchase art materials and fashion resources that I need for my course. Thank you  to the teachers at CIT who are really helpful to students who have English as a second language”

Another scholarship winner is Akur Thiong Akur. Akur was born and grew up in a refugee camp in Kenya. His mother and father had fled from the fighting in South Sudan in 1993.  Akur came to Australia in 2013 and is doing Year 12 at the CIT in Reid.

Akur says that his dream is to go on to university and become a lawyer so that justice is available for all refugees. I will use the scholarship to help pay my fees. I will also use it to help with my older sister’s education; and I want to help my cousins who are still in the refugee camp in Kenya. They don’t have any money, so they can’t access education there”.

The scholarships were awarded at a ceremony at the Theo Notaras Multicultural Centre in Civic to mark World Refugee Week. The awards were presented by Ms Rachel Stephen-Smith MLA, Minister for Multicultural Affairs and Mr Nai Jit Lam, Deputy UNHCR Regional Representative in Canberra.

All scholarships are gifts from the Canberra community. They have been donated by church groups and service clubs, as well as by private individuals.

Dr Hynd said “These awards will help young refugees get the education they need to become citizens who contribute to the ACT and advance our community, economy and social life in so many ways.

“Canberra Refugee Support is proud of these young people and proud of the ACT community for providing the support for these scholarships.”

The Canberra Refugee Support scholarship program, now in its 14th year, has been praised by the United Nations Refugee Agency (UNHCR).