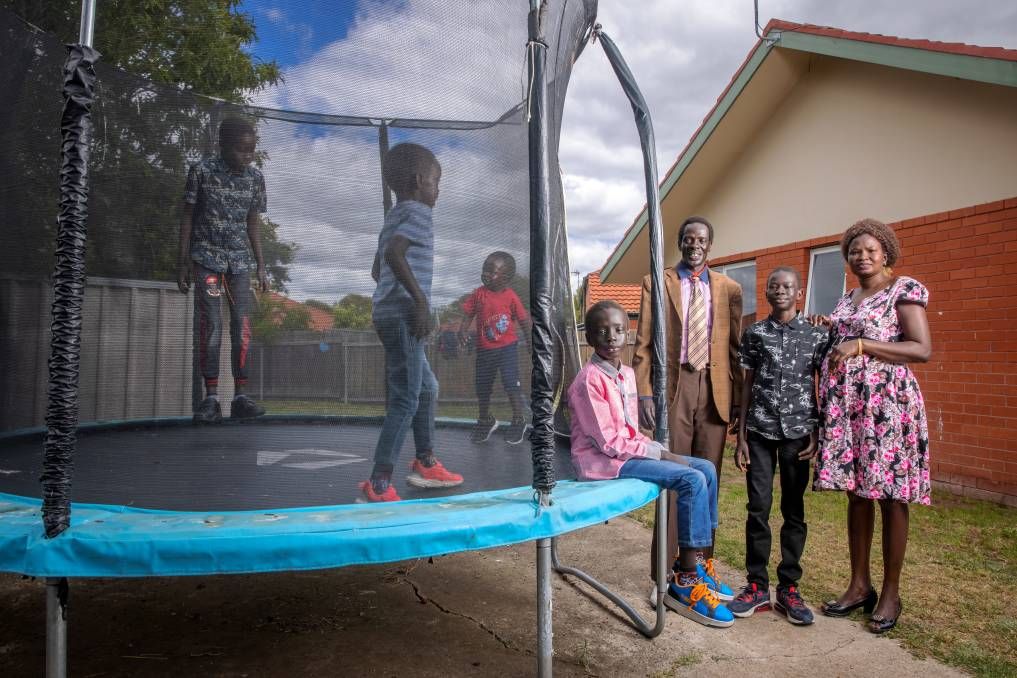 The Deng family lived for 17 years in the Kakuma refugee camp in Kenya before coming to Australia.

It was bleak but not as bleak as Sudan from which they fled as it descended into bloody anarchy. The father and mother, Malual and Dabora, met in the camp and four of their five boys were born there.

For them, Canberra is bliss.

The oldest boy, Deng, has just won a bursary to Marist College after he leaves Namadgi College after year 7. The bursary pays for sports gear, a laptop and all the school equipment the family could never have afforded.

The father, Malual, works as a labourer on construction sites. He gets a text at 5pm to tell him where he needs to be at 6am for work the next day. No text, no work.

The mother Dabora is overjoyed she is having a girl after five boys. Her moment of joy was when the nurse told her after the ultrasound scan.

“I was really happy,” she said. “I was just lying down and they said it was a girl and I said, ‘woooo’!”

But there were down moments, too. Malual follows the fortunes of his old village in South Sudan on Facebook. He saw a video of a gunfight on the earthen “streets”. Tires were on fire. People were killed in a dispute between villagers and a powerful land-owner.

But Lalual didn’t have enough money on his phone to make contact with his family so he raced around to the nearest petrol station to put the funds on the phone.

In the rush, he had a minor accident and that sent him into more distress.

But that anguish came and went. A daughter will be an eternal joy.

The sweetest moments in the sourest of years | The Canberra Times | Canberra, ACT