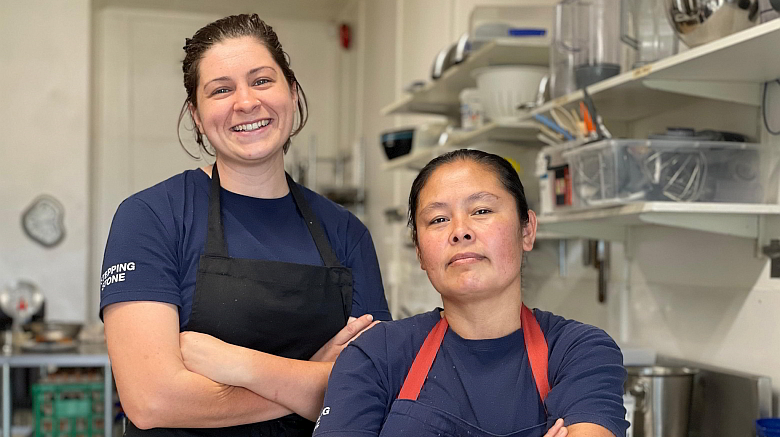 “I was thinking, I don’t just want to volunteer, I don’t want to do something short term, I want to try and create a long lasting difference in peoples live who weren’t as privileged as I was,” Vanessa said.

While everyone back home thought they were mad, their venture succeeded at providing meaningful employment in a poverty-stricken area – until COVID-19 forced them back to Canberra.

Not to be deterred, Hannah and Vanessa brought the venture home, and since opening Stepping Stone Social Enterprise Cafe in Strathnairn last August, the pair have hired and trained seven women from CALD backgrounds, many of whom are busy mothers.

“[We wanted] to provide ways for people from culturally and linguistically diverse backgrounds to feel more at home here… and then also for the customers or people who live in the Belconnen area, maybe to broaden their perspective and ideas of new migrants and to get to know them as well,” Vanessa said.