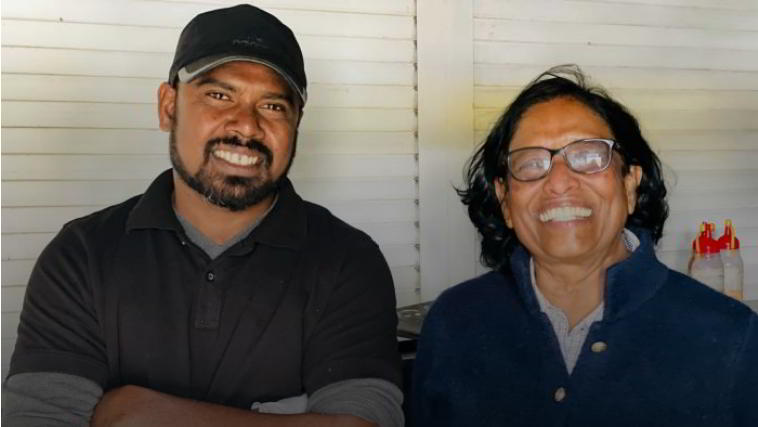 On Saturday Breakfast with Adrienne Francis

But Mr Perumal also once worked as a video journalist in his homeland of Sri Lanka. ABC Canberra’s Adrienne Francis visited the food truck to speak to Mr Perumal about his experiences as a refugee and dreams for his family.

She also spoke to Mano Ramachandran, who has been volunteering to support Tamil refugee families in Canberra with Companion House since 1989.

Selvam’s Dosa’s is located on Crinigan Circle in Gungahlin beside the car park for the enclosed oval.

Listen to his story on ABC Canberra