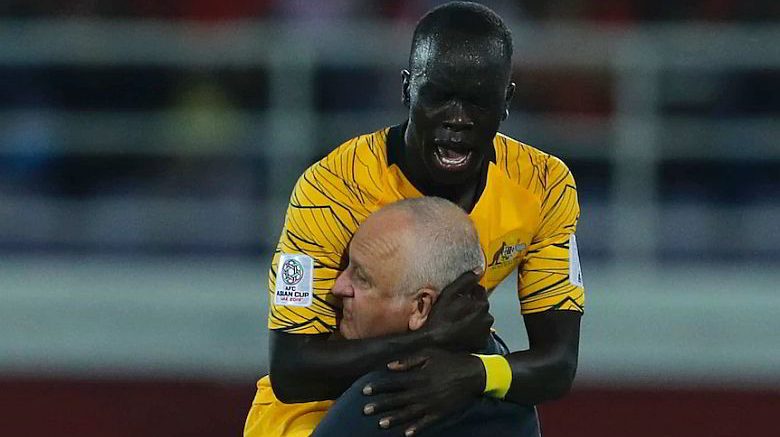 The family of Awer Mabil has known both heartbreak and exquisite elation, and the events of early Tuesday morning (Australian time) emphatically fall into the latter category.

With the score of the Socceroos’ penalty shootout against Peru locked at four-all, Mabil stepped up to take his kick.

For a 26-year-old whose childhood ambition had been to play on the biggest stage, the stakes could hardly have been higher — win the shootout and advance to the World Cup finals, or lose it and languish for another four years.

“He had a dream that one day … he would play at a World Cup and he would represent Australia,” Mabil’s uncle Peter Kuereng told ABC Radio Adelaide’s Sonya Feldhoff.